Facebook Ads Manager vs Power Editor: What is the Difference?

Ads Manager is the basic Facebook tool for creating and optimizing campaigns on this social network. Lately, it is going through significant changes and its functionality is beginning to resemble another Facebook tool – Power Editor. The majority of advertisers still uses Ads Manager as the main ad managing tool, whereas, this concerns particularly the advertisers new to the advertising on Facebook.

Differences Shown on Use Cases

When creating a new campaign, you won´t feel many differences. To this day, the differences between single tool are fairly smooth and to find a difference at this stage is rather a coincidence (a bug or new functionality in testing) than a rule.

A difference is when creating multiple campaigns or a new similar campaign where copying more settings or ads would be useful. In such case, you´ll appreciate Power Editor more. Unlike Ads Manager, it offers copying at the level of campaigns, ad sets, and even ads. You´ll choose the level of the content you want to copy (campaign, ad set, ad), you´ll choose the units you want to copy and with a simple click on the DUPLICATE button you´ll copy the chosen content. In case you´re copying an entire campaign, all you choose is the number of copies you want to create and whether the duplicates should be active immediately, but when copying ad sets and ads, you can choose also the positioning into a campaign, eventually into an ad set. You just customize the things you want to change in the copied content and you have your new content.

This way, you can quite simply and quickly create multiple campaigns or ad sets in a campaign, or eventually ads, without having to create the entire content from scratch. If you want to be fast and effective, Power Editor is the tool for you.

You can edit your FB ads on each for the above-mentioned levels in Ads Manager and in Power Editor as well. However, there is a slight difference between these two tools.

In general, it is recommended to use Ads Manager for small changes, for example when discovering a single specific mistake in an ad or in one setting of an ad set, or you need to quickly adjust the budget for an ad set. The turning point is when there are more mistakes and, more importantly, they have the same character on the selected level for multiple units. As an example, if you want to change the headline of multiple, let’s say five, ads. In Ads Manager, you would need to execute the change individually for each FB ad, which would take time. In Power Editor, you would need to select the ads and you could change the headlines all at once. With a small number of ads, such as five or when adjusting the budget for two ad sets, it does not seem as a problem, however, when editing tenths of units, the time-saving is obvious and mainly for advertisers managing tenths of campaigns.

Every advertiser looks at the results of a campaign, either after or during the campaign. He analyses the result or, based on them, he optimizes the campaign with the goal of achieving better results. If you are one of those advertisers, we recommend to use Ads Manager.

Ads Manager as opposed to Power Editor offers the user a user-friendly look on the data for selected campaign, ad set or ad, right after the loading. The main difference is that advertiser has an instant view on graphs and so he can instantly review if the success of his campaign meets his expectations or if a deeper analysis, or even an adjustment of the campaign is needed. Single levels of the graph show, not just the defined results on which the campaign is focused, but also the size of users reached, the average price for goal achievement, the number of ad views or spent portions of the budget. All the data is visible for the time period defined by you. It allows you to evaluate the selected period and single days as well.

The advantage of Ads Manager over Power Editor is the relatively quick addition of other metrics according to the advertiser’s interests. This was the advertiser is able to easily view the chosen units in detail and conduct a thorough analysis. Facebook even offers several predefined data groups – according to advertiser´s interests. The option of adding new metrics is present in Power Editor as well, however it can be found only in the report section and not in the main dashboard. When deciding what tool to use for quick view and optimization the Ads Manager wins without any doubts.

The last difference between the two mentioned tools for Facebook ad management is in the loading of the changes. This difference is based on the use of the particular tools. As Ads Manager is used mostly for small, sporadic changes, which is a small number, the tool is tailored to an instant import of changes (as long as there is no error).

The changes in Power Editor have to be always loaded, otherwise they are not saved.

This concludes the comparison of Ads Manager and Power Editor as two ads managing tools for Facebook. As presented, every tool has its strengths and weaknesses. If you are a new advertiser and you are about to begin your first campaign, we definitely recommend to start with Ads Manager. If you are an advanced advertiser and you have trouble keeping track of your many campaigns, Power Editor is the tool to go with. Either way, we recommend using both tools, to guarantee, that you have many ads and that they are optimized and analysed!

Try it now for FREE with our 1 month FREE trial 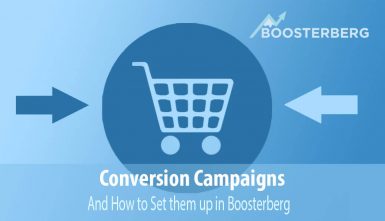 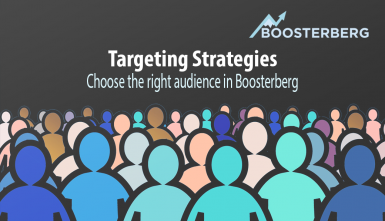 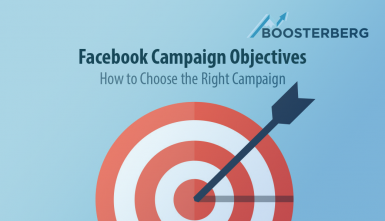 Choosing the right objectives for your Boosterberg campaigns

Welcome to Our Academy

You are reading an article from Boosterberg Facebook Ads Academy. Here, we are sharing our knowledge on Facebook Advertising with you so you can benefit from all we have learned over the years of working with Facebook marketing. Moreover, our advanced expert tips on how to boost Facebook posts and increase the effectivity of Facebook Ads will help you optimise your Facebook Ad campaigns.

Select a recent Academy Article from the listing or browse them by category:

Select a topic you are interested in to display all articles that are covering it.